With Rachel Roubein and Daniel Lippman

— Senate leaders and the Trump administration reached a deal on an unprecedented rescue package that would send money to many Americans and pump capital into the economy.

— Health officials continue to fret over President Donald Trump’s interest in “opening up” the economy and efforts to pursue other steps that raise public health concern.

— White House officials are urging travelers from New York City to self-quarantine, as the metro area has become the nation’s new coronavirus epicenter.

In these unprecedented times, America’s biopharmaceutical companies are coming together to achieve one shared goal: the eradication of COVID-19. We are sharing learnings from clinical trials in real time with governments and other companies to advance the development of additional therapies. Explore our efforts.

WELCOME TO WEDNESDAY PULSE — Where it’s now been 75 days since PULSE first reported on the “mystery lung disease” in China. How quickly the world’s changed. Tips to [email protected] and [email protected].

THEY’VE GOT A DEAL: STIMULUS PACKAGE MOVING FORWARD — Lawmakers and the Trump administration reached an agreement around 1 a.m. on a roughly $2 trillion coronavirus emergency rescue package, a move intended to assist businesses and millions of Americans amid an unprecedented halt in the economy.

— Congress would infuse massive amounts of capital into the economy, including sending $1,200 checks to many Americans, while pumping up unemployment insurance. A state and local stimulus fund would get $150 billion.

— The negotiations have played out in the Senate – but House Speaker Nancy Pelosi emerged as a key force in helping secure concessions from Republicans. Those wins include $130 billion for hospitals and more extensive oversight of a $500 billion fund for hard-hit corporations.

— The Senate could vote as soon as today on the bill, capping a sprint to pass what Trump has touted as one of the nation’s largest financial relief packages.

While House leaders want to quickly move the bill, it’s unclear how they’ll proceed with members out of town and the difficulty of passing the package by unanimous consent. Some liberal Democrats had already flagged issues with the prospective agreement, arguing too much money would go to corporations while extending too few benefits to American workers.

MEANWHILE: BEN McADAMS IS STILL HOSPITALIZED — The Utah Democrat is still hospitalized on advice of his doctors as they monitor his need for supplemental oxygen, he wrote in a tweet urging Congress to strike a deal on the coronavirus aid bill. McAdams was one of the first two House members to test positive for the virus last week.

HEALTH OFFICIALS FRET OVER TRUMP’S HEALTH RHETORIC — The president on Tuesday again signaled that he’s ready to relax the nation’s social distancing measures, telling Fox News that he wants the nation “open” by Easter and that he’s looking forward to celebrating with “packed churches.”

Easter is just 18 days away. Public health officials have warned that the nation will likely remain in the throes of the coronavirus outbreak by then.

— Trump will likely consider this weekend whether to pursue regionally targeted recommendations or continue with the blanket guidelines, said a senior official.

Health experts have stressed the need to pursue stricter guidelines now to avoid a resurgence of the epidemic in coming weeks. Meanwhile, Bill Gates has said that relaxing social distancing while expecting a resurgent economy is a “very irresponsible” idea.

— LARRY ELLISON, the Oracle billionaire, has had Trump’s ear, the Washington Post and New York Times both reported last night. Oracle also will partner with the Trump administration to help crowd-source data about the effectiveness of drugs like chloroquine, the anti-malarial treatment, that the president has attached to as a potential solution. But there’s limited evidence of that drug’s effectiveness, and some of its biggest boosters have been hucksters.

— Speaking of chloroquine: ALEX AZAR last week told Trump that there were options to immediately approve the drug and others like remdesivir, an antiviral that has not been approved for any use but is currently being scrutinized in several late-stage trials, the Washington Post reports. Other health officials urged the president to wait on clinical trials before fast-tracking the drugs.

— Presidential compliments watch: Trump ladled praise on DEBBIE BIRX at yesterday’s press conference, saying that the White House’s coronavirus coordinator “has really established herself as maybe the world’s great expert on what she does.”

In response, Birx touted the recent surge of coronavirus testing and took care to praise the health department. “This was made possible because of the HHS team working together, bringing together the strength of the FDA with the CDC and under the leadership of Secretary Azar,” she said.

BATTLEFIELD CONDITIONS: NYU MED SCHOOL RUSHES STUDENTS INTO FIELD — The school offered fourth-year med students the option for early graduation as soon as April if they “voluntarily agree” to begin working immediately as paid interns at NYU Langone in internal medicine or the emergency department.

Doctors told PULSE that there’s no recent precedent in the United States, but Italy similarly rushed some students into practice at that nation’s hard-hit hospitals.

ESCAPE FROM NEW YORK — New York City’s climbing caseload is serving as a reminder of the depth of the public health crisis — one that’s penetrated the White House, where officials are urging those traveling out of the city to self-quarantine.

The city has fast become the nation’s new coronavirus epicenter with more than 14,700 confirmed cases — or more than a quarter of the U.S. total. That’s prompted fears that those leaving the area could become “seeding” points for the rest of the country if they fail to quarantine, top NIH infectious disease expert Anthony Fauci said.

The directive follows Florida Gov. Ron DeSantis’ order that any passengers flying into his state from New York would be required to isolate.

—Meanwhile: Calif. backtracks on possible teen coronavirus death. Los Angeles County health officials reversed course on an earlier announcement of the nation’s first death of a minor from the virus, saying late Tuesday that there may be an alternate explanation for the fatality. The county is now referring the case to the CDC to make a determination.

— Click this: The seven maps that show how states are responding to the coronavirus. 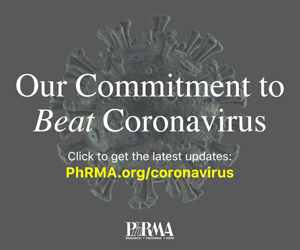 HEALTH WORKERS’ FEAR: HOSPITALS AS THE NEW HOTSPOTS — Doctors and nurses on the front lines of the coronavirus fight are increasingly worried they’ll end up being spreaders, rather than healers.

It’s a fear that’s already a reality in Italy, where researchers found that hospitals overloaded with patients soon became transmission points in a country that’s logged more than 69,000 confirmed cases. U.S. hospital staff are now wary of a similar scenario playing out here, according to 10 health care workers who responded to a POLITICO survey and others who spoke anonymously with POLITICO’s Rachel Roubein and Susannah Luthi.

— In a Washington, D.C. suburb, one major health system isn’t sending sick staff home, even when their symptoms indicate a possible coronavirus infection, according to a nurse who said she took vacation time to self-quarantine after experiencing symptoms. She’s still waiting for test results she had to drive to another Virginia county to get.

— In Washington state, an early epicenter of the country’s outbreak, the virus had been “blossoming” undetected in some hospitals for weeks, according to a physician.

Federal officials say they’re prioritizing measures to keep health care workers safe, and that more specialized masks are being distributed to hard hit areas. Yet state officials and hospitals have clamored for weeks for more equipment.

CORONAVIRUS CASE AT CDC NERVE CENTER — A CDC employee working in the agency’s emergency operations center, which was activated to fight coronavirus, was confirmed to have tested positive on Tuesday, two individuals with knowledge of the situation told POLITICO.

A CDC spokesperson confirmed that an employee tested positive, saying that the individual is “in good condition” and staff in the same unit are teleworking, but didn’t confirm where the employee worked in the agency. The first confirmed case of coronavirus among CDC employees was announced last week.

Sign up for POLITICO Nightly: Coronavirus Special Edition, your daily update on how the illness is affecting politics, markets, public health and more.

Anti-abortion forces Ohio, Texas and Missisippi are trying to close their state abortion clinics citing the broader shortage of supplies, even as blue states like New York and New Jersey allow their clinics to remain open during the pandemic. The divide is just the latest front in the war over abortion rights that’s escalated throughout the Trump era.

— Anti-abortion groups are seeking a full federal shutdown. The clinics are pulling resources away from “legitimate health care providers,” Susan B. Anthony List and other conservative authorities wrote to HHS Secretary Alex Azar.

It’s an idea that doctors have relied on in past pandemics with mixed success, POLITICO’s Arthur Allen reports, and involves treating severely ill patients with plasma taken from the blood of those who have survived the disease. FDA will approve emergency use of the serum, though some researchers believe it’s most effective in preventing disease, rather than treating it.

MICHAWN RICH has been detailed to the CDC to help with communications related to the coronavirus and has temporarily moved to Atlanta. She previously was comms director at the USDA.

In these unprecedented times, America’s biopharmaceutical companies are coming together to achieve one shared goal: the eradication of COVID-19. The investments we’ve made have prepared us to act swiftly:
· Working to protect our workforce and the communities where we live and work, having employees work from home whenever possible and keeping our salesforces out of hospitals and physicians’ offices
· Remaining steadfast in our commitment to research and develop new medicines to prevent, treat and cure disease in all its forms, not just COVID-19
We all have unique roles to play and are confident that together we can be successful. And we won’t rest until we are.
Explore our efforts.

Malaysia’s medical glove factories, which make most of the world’s critical hand protection, are operating at half capacity because of coronavirus risks, the AP’s Juliet Linderman and Martha Mendoza report.

There are just 16,600 ventilators in the government’s strategic national stockpile, Zachary Fryer-Biggs, Joe Wertz and Liz Essley Whyte report for the Center for Public Integrity.

Bill Gates says the U.S. fumbled its response to coronavirus and has missed a chance at avoiding a costly shutdown.

Back in Washington, Democrats press Trump, McConnell for action on guns

Nikki Haley perceives the truth about the Republican Party — so is there any valid reason why she shouldn’t pitch for the administration?