— The CDC has been conflating two types of tests in calculating its testing totals, raising questions about the accuracy of the agency’s coronavirus data.

— HHS is finalizing changes to an Obamacare non-discrimination provision that could eliminate specific protections based on sex and gender.

— Senate Democrats are set to debut a new plan to expand health coverage that resurrects several of the party’s goals for Obamacare.

A message from the Coalition for Affordable Prescription Drugs (CAPD):

Now more than ever, PBMs are playing a critical role for businesses, government entities and other organizations to help keep costs under control while ensuring patients maintain access to the medicine they need. PBMs are offering solutions to help stop the spread of COVID-19 and helping Americans #StayHome. Learn more.

WELCOME TO FRIDAY PULSE — where there are worse ways to spend an at-home long weekend than finding grooming inspiration from this thread of old timey lawmaker facial hair.

PROGRAMMING NOTE: Due to Memorial Day weekend, Morning Pulse will not publish on Monday, May 25. It will return Tuesday, May 26.

HOW THE CDC COMPROMISED ITS CORONAVIRUS TESTING TOTALS — The Trump administration has touted its rising Covid-19 testing figures as evidence the nation’s pandemic response is taking hold. One detail that officials left out: Those testing figures aren’t completely reliable.

— The CDC combined two types of tests into its totals. The figures count both diagnostic tests designed to detect current infection, and antibody tests designed to detect if a person was infected at some point. The result is a higher testing total, lower rate of positive tests and a skewing of the reality on the ground, public health experts said.

— Why it matters: The CDC’s numbers are widely used by researchers and policymakers tracking the virus’ spread and deciding how to reopen the country safely. “Clean data is part of the infrastructure necessary to adequately respond to the outbreak,” Alexis Madrigal, a reporter at The Atlantic who helped build the popular COVID Tracking Project, told PULSE.

It also undermines trust in the nation’s central public health authority. The Harvard Global Institute called the practice “incomprehensible,” warning in an email blast Thursday night that it “raises concerns about interference by non-scientists” eager to justify the push for reopening.

— How CDC explained its actions: The inflated totals resulted from states reporting their data to the agency in that format, a CDC spokesperson told POLITICO’s Brianna Ehley. Some states are still using a simplified submission form CDC created early on that combines both types of tests, meaning they get bunched together in the federal numbers too.

The agency is now shifting states to a more detailed form that should eliminate that issue, and it plans to break out figures for the two types of tests in the next week or so.

— Some questions are still unanswered. CDC wouldn’t say how long it’s been combining the two tests, and it wasn’t until Wednesday — amid questions about its practices — that CDC deleted an assertion on its website that the totals “represent only viral tests.” It’s also unclear how significantly the practice has inflated the testing totals.

— CDC Director ROBERT REDFIELD, meanwhile, initially claimed in an interview with Brianna on Thursday morning that the agency was “not putting antibody tests and PCR tests together,” calling it a “miscommunication” — even though a CDC spokesperson had already confirmed to POLITICO and other outlets that was exactly what was happening.

COMING SOON: TRUMP’s REWRITE OF OBAMA-ERA LGBTQ PROTECTIONS — HHS is finalizing its changes to the Affordable Care Act’s Section 1557 non-discrimination protections, POLITICO’s Dan Diamond reports. The final rule is expected to eliminate specific protections based on sex and gender identity and could come as soon as today, according to two people with knowledge of HHS‘ plans.

The Trump administration has argued that rolling back the LGTBQ protections hammered out by the Obama administration is largely moot given that a federal judge, Reed O’Connor, already vacated key parts of the rule. POLITICO last month reported that the final rule was imminent.

Advocates are bracing for a final rule that largely hews to last year’s controversial proposal, based on recent meetings with the administration. “They had no questions for us during our meeting,” said Juliet Choi of the Asian & Pacific Islander American Health Forum, whose group joined two other organizations for a May 14 teleconference with the White House and warned about plans to roll back language protections for people with limited English proficiency.

TODAY: SENATE DEMOCRATS DEBUT COVERAGE EXPANSION PROPOSAL — More than two dozen senators will announce a plan that would cover all costs for Covid-19 treatment, expand access to tax credits to shop for health insurance and subsidize the cost of COBRA for the newly unemployed, according to a fact sheet shared with PULSE.

In their planned announcement, Democrats will explicitly position the proposal in opposition to Trump-era policies like limiting Medicaid funding, saying instead that their plan “prioritizes quality, affordable health care and makes it available to every American family when they need it.”

— The plan resurrects a number of Democrats’ goals for Obamacare, including their push to prohibit short-term health insurance plans and restore funding for ACA marketplace outreach.

The proposal is led by Sens. Jeanne Shaheen and Tina Smith, and supported by Ron Wyden and Patty Murray, the ranking members of the Finance and HELP committees, respectively.

The 27 GOP senators sought the probe in a letter to Attorney General William Barr, arguing that the Planned Parenthood affiliates should have been ineligible for loans they received through the Paycheck Protection Program.

— The Small Business Administration previously told one affiliate it didn’t qualify for the program, according to a letter seen by POLITICO, and encouraged it to return its loan. At issue is whether Planned Parenthood affiliates can apply for the small business loans even though they’re tied to the larger Planned Parenthood Federation of America. 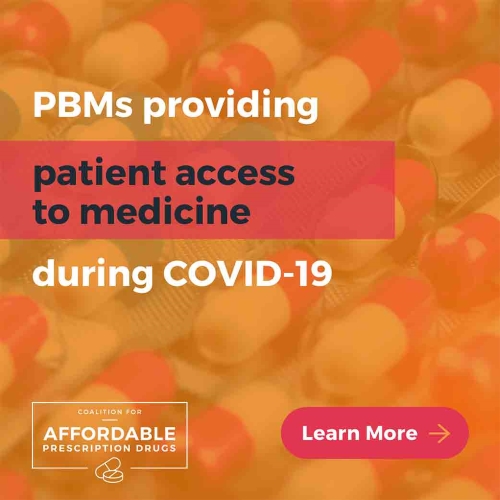 STARK PARTISAN DIVIDE ON REOPENING BUSINESSES — Republicans are rallying behind Trump’s calls for quickly reopening America, while Democrats are opting for a more cautious approach, according to a new POLITICO-Harvard T.H. Chan School of Public Health survey.

The country is nearly evenly split on whether non-essential businesses like gyms, hair salons and shopping malls should fling open their doors in the next month, POLITICO’s Rachel Roubein writes. That’s a significant shift from earlier polls that found Americans strongly supported stay-at-home measures.

— The change is largely fueled by a widening partisan gap unusual for a public health crisis. Just over 60 percent of Republicans said they supported reopening nonessential businesses in their states, while only about 29 percent of Democrats agreed.

— Yet Americans are still deeply concerned about the virus. More than three-fourths surveyed said they believed the outbreak in their state is a “serious problem,” a signal that many are essentially weighing a trade-off between economic pain and the health risks.

In a letter to White House coronavirus response coordinator Deborah Birx, the bipartisan group pointed to warnings that a vaccine campaign will “require massive preparation and precise coordination.”

NATIONAL GUARD WARNS OF JUNE WIND-DOWN — The National Guard is telling states to prepare for Guard members to finish up their coronavirus relief work on June 24, despite pressure from lawmakers to continue their deployment, POLITICO’s Alice Miranda Ollstein reports.

The guidance warned that the troops’ federal mission would end no later than June 10, giving them two additional weeks to self-quarantine. But a National Guard spokesperson called it a routine step and said it doesn’t preclude any future deployment extension. The Trump administration is weighing an extension order that would keep Guard members active through July.

FDA: PULL THESE ANTIBODY TESTS FROM THE MARKET — The FDA wants 27 antibody tests that failed to receive emergency use authorizations removed from the market, POLITICO’s David Lim reports.

The tests were among the more than 200 that flooded the market under an initial policy allowing their distribution without agency review. But FDA has since tightened its oversight amid criticism, requesting that companies offering new antibody tests submit for an EUA within 10 business days.

Manufacturers of more than 150 antibody tests have either applied for an EUA or are working through the FDA’s pre-EUA process.

GEOFF BAUM is now the chief communications officer for Michelson Philanthropy, an organization that includes the Michelson Medical Research Foundation. He was previously the director of media relations at the Milken Institute.

A message from the Coalition for Affordable Prescription Drugs (CAPD):

Pharmacy benefit managers (PBMs) are proud to help businesses, government entities and other organizations across America keep costs down while ensuring people have uninterrupted access to medicine. We are doing our part to help stop the spread of COVID-19 with home delivery and mail-order, 90-day refills and pre-visit screenings. With budgets now tighter than ever, PBMs can help drive savings and protect access to medicine for patients. The partnership with a PBM has never been more important. Learn more.

NPR’s Rund Abdelfatah and Ramtin Arablouei recount how one woman – Sarah Little Turnbull – inspired the design for the N95 mask.

Researchers are finding new evidence that coronavirus attacks the lining of blood vessels in the lungs, the Washington Post’s Lenny Bernstein reports.

A group of 77 Nobel laureates are requesting an investigation into the Trump administration’s cancellation of a grant to research bat coronaviruses in China, the New York Times’ James Gorman writes.

The Technology 202: Getting digital evidence can be hard for police. This bill would create a new office to help.