— Democrats’ latest primary campaign debate is this evening, and Medicare for All and other health topics will likely be on the table.

— Faculty at Harvard’s public health school nearly called a no-confidence vote in their dean, according to a new report on battles roiling the esteemed program.

There’s a long line of middlemen collecting a significant portion of what you pay for medicine. New analysis finds nearly 50% of brand medicine spending went to hospitals, health insurers, pharmacy benefit managers, the government and others in 2018, up from 33% five years prior. More.

THIS IS TUESDAY PULSE — Where President Donald Trump’s declaration that he was the “person who saved pre-existing conditions” seemingly unified all branches of Washington media yesterday — in mutual bewilderment. Slate’s Jordan Weissmann asked where Trump came up with the “new, bizarre lie“; CNN’s Daniel Dale said the “brazen lying” wasn’t based in fact; and even Robert VerBruggen of the conservative National Review granted that “the lefties have a point.”

WHAT PULSE WOULD ASK DEMOCRATS AT TONIGHT’s DEBATE — Just six candidates will take the stage at 9 p.m. ET in Des Moines, Iowa, as Democratic candidates make their pitches ahead of next month’s caucuses.

The debate could be dominated by questions on foreign policy, global climate change’s effect on agriculture and the mushrooming feud between Sens. Elizabeth Warren and Bernie Sanders, whose months-long non-aggression pact appears on the verge of collapse.

But health care has been a go-to topic at nearly every Democratic debate, and PULSE doesn’t expect that to change this evening — especially if Warren and Sanders are pressed on the gap between their support for single-payer. Among the other questions we’d ask tonight:

— For any candidate: As the field has tightened, there’s no candidate of color on the stage tonight. What makes you qualified to understand and address America’s long history of racial disparities in health care, from discrimination against minority patients to the maternal mortality crisis in the African American community?

— For Pete Buttigieg: Why are you running ads and levying other attacks against Medicare for All, which polls show that more than 70 percent Democrats support? Aren’t you handing attack lines to Republicans for the general election?

— For Sen. Amy Klobuchar: The Justice Department in recent years has ramped up investigations into the opioid crisis, health care fraud and health industry consolidation. As a former prosecutor, where you would focus DOJ’s power to make U.S. health care safer, less expensive and more equitable?

— For Tom Steyer: You’ve vowed that your administration would negotiate payment rates for hospitals and physicians in an effort to reduce their costs, an idea that’s gotten little traction among lawmakers and been fiercely opposed by the industry. As someone who’s never held public office, what is the evidence that you could build a coalition to overhaul payment rules, especially if Republicans control the Senate in 2021, as many expect?

— For Sanders: You told the New York Times that you understood the benefits of mandatory vaccination, because when it comes to parents deciding not to vaccinate their children, “I don’t grant you the right to get my kid sick.” I want to pin you down on that: Under your sweeping single-payer plan, should there be mandatory vaccinations? Should other health behaviors be mandatory, like requiring diabetes patients to get treatment, in order to hold down future costs?

— For Warren: Your poll numbers in Iowa dropped after you unveiled your detailed health care proposal in October. Was it a mistake to get so specific so early in the race, and if not, why have you been talking less about health care issues on the stump?

— For Joe Biden: You’ve repeatedly said that you could build consensus with Republicans, if elected. In that vein, what Trump administration health care policies would you seek to continue and even build on?

The rule would allow immigration officials to deny green cards to legal immigrants if they’ve received safety-net programs like Medicaid or food stamps or are deemed likely to do so. The controversial policy sparked immediate lawsuits, and multiple federal judges blocked the rule’s slated October 2019 implementation. Immigration advocates have warned that the rule could create new public health risks, such as by scaring legal immigrants away from health coverage, and lead to fewer available workers for low-wage health care jobs.

A three-judge panel on the 2nd Circuit Court of Appeals last week declined to lift a nationwide injunction from a New York federal judge. However, two other appeals courts — the 9th Circuit and 4th Circuit — previously lifted other holds on the rule.

HOSPITALS SUE AGAIN OVER “SITE-NEUTRAL” PAYMENTS — The American Hospital Association and other hospitals are taking HHS to federal court — again — over the department’s ongoing attempt to cut what Medicare pays for some outpatient clinic visits, Susannah writes.

The policy — which the Trump administration attempted to first implement in January 2019 and again this month — is intended to bring Medicare payments for clinic visits at off-campus hospital outpatient departments in line with the lower reimbursement rate for physician offices. But a federal judge tossed the Trump administration’s first round of cuts as exceeding executive branch authority, warning that HHS disregarded Congress’ formula for outpatient payments. HHS is currently appealing that ruling.

— Hospitals say the department’s latest round of cuts doubles down on a losing strategy.

“Our coalition of hospitals is confident that this year’s rule will be declared to be invalid for the same reasons that last year’s rule was,” said Joel McElvain of King & Spalding, who represents some of the hospitals that won over last year’s payment cuts and are suing HHS again.

— Why the Trump administration is so keen on the strategy: CMS Administrator Seema Verma and HHS Secretary Alex Azar have argued that balancing payment levels will reduce the financial incentives that have contributed to provider consolidation and higher prices. An HHS spokesperson declined to comment on the new litigation.

THE “TOXIC CULTURE” AT HARVARD PUBLIC HEALTH SCHOOL — The highly ranked public health program has been plagued by claims of harassment, pay disparities and rampant departures, the Harvard Crimson’s Molly McCafferty writes in a deep investigation. Among McCafferty’s findings:

— More than 40 faculty, administrators and staff have left leadership roles, left the school or left Harvard altogether in the past two years.

— A confidential internal report, obtained by the Crimson, revealed “concerning” pay gaps between faculty that belonged to racial and ethnic minority groups versus white faculty.

— Ashish Jha, a star health policy professor, reportedly had to talk about 40 faculty out of taking a no-confidence vote in Dean Michelle Williams in December 2018.

What Harvard administrators say: They acknowledge that faculty have raised concerns about school leadership, but affirmed their support for the dean.

“It is clear that [Williams] is dedicated to the success of the Harvard Chan School’s community,” University Provost Alan Garber told the Crimson in a statement. “She is thoughtful and resolute in her efforts to strengthen the School and magnify the impact of the work of its faculty, staff and students.”

Why it matters: Harvard’s public health school is acclaimed — ranked No. 2 overall in the latest U.S. News and World Report rankings — and a feeder for top policy jobs around the country and in government. The staff departures and other details in the Crimson investigation would seem to pose academic and reputational risks. 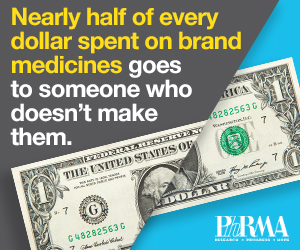 DEAN CLANCY joins Americans for Prosperity. Clancy, a well-known policy advocate, is now senior policy fellow for health care, a newly created position at the conservative organization. Clancy previously held roles at Adams Auld LLC and FreedomWorks and worked in the George W. Bush administration as a key budget official, among other stops.

JACKIE FORTIER heading to KPCC and LAist. Fortier has been covering health care for StateImpact Oklahoma as well as for national audiences via NPR and Kaiser Health News. She’ll be a Los Angeles-based health reporter at KPCC and LAist, starting in March.

The state of Oklahoma is suing three of the nation’s largest drug distributors for their role in the opioid crisis, the Washington Post’s Lenny Bernstein reports.

A 4-year-old girl from Iowa lost her vision after a rare complication from the flu, Dean Reynolds reports for CBS News.

A new analysis finds nearly half of brand medicine spending – the sum of all payments made at the pharmacy or paid on a claim to a health care provider – went to the supply chain and other entities in 2018. The share of spending received by other stakeholders increased dramatically from 33% in 2013 to 46% in 2018. Since 2015, the amount innovative biopharmaceutical companies received from the sale of brand medicines increased on average 2.6% annually, in line with inflation. Policymakers can’t help patients afford their medicine if they ignore where almost half the money is going. More.

That’s all for today.

Of course a woman can beat Trump

What has happened so far in the 2020 Democratic primary?